Inge van Nistelrooij will defend her PhD-thesis on ‘Sacrifice. A care-ethical reappraisal of sacrifice and self-sacrifice’ at the University of Humanistic Studies (Utrecht, the Netherlands) on January 15, 2014. What made her choose this subject, how did her research unfold, and what were the most striking outcomes?

1. What is the subject of your P.hD study?
The subject is the self-sacrifice of the caregiver. I try to think it through care-ethically, since in the ethics of care one finds the rejection of self-sacrifice (for example in the work of Carol Gilligan and Nel Noddings, but also of the Norwegian care philosopher Tove Pettersen who visited the University of Humanistic Studies last year), but also a positive valuation of self-sacrifice (for instance by Annelies van Heijst). I was intrigued by these different positions.

2. Why did you choose this subject?
For years I have been a trainer and teacher in care ethics in caring institutions. There I heard numerous stories about giving care that did not contain the term ‘self-sacrifice’, but at the same time they showed me that caregiving essentially does contain self-sacrifice. Professionals and informal caregivers expressed their commitment and the difficulty in limiting their responsibilities. These stories showed that they regularly go beyond the  boundaries of rules and obligations and do more than can reasonably be expected. I call that self-sacrifice. I also saw many examples of this phenomenon in movies, novels and real life stories.

I wondered how we should understand these stories? What do they unveil of these persons’ self-understanding, of their relations to others, of their conception of community, and of the meaning that they find and establish in their caregiving? 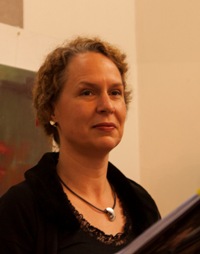 3. What are the most striking outcomes of your research?
I found out that the ethics of care is sufficiently loyal to its own ‘critical insights’. For instance, several of its main authors argue that self-sacrifice is only allowed when chosen freely and when it is rooted in a moral conviction and not in self-depreciation. The ethics of care, however, also emphasizes that people are interdependent. As a consequence, the question is whether such a totally individual decision is possible, or that one rather finds oneself already involved in a relation in which self-sacrifice ‘happens’ rather than is chosen.

The ethics of care is also a political ethics that pays attention to power inequality in caring relations, also on the societal level. Power, however, is not only a force that enables one to dominate others, but it is also a force that binds people together. These different views on power have important consequences for understanding self-sacrifice: an emphasis on power inequality leads to a view of self-sacrifice that is narrowed down to oppression or submission. An emphasis on power as a centripetal force entails that self-sacrifice can be required in serving a good that is simultaneously a good of the self, of others and of the community as a whole.

So I have taken the care-ethical critical insights to see how they ‘frame’ self-sacrifice. The most striking outcome was that the ethics of care is too much ‘ethical’, i.e. judging self-sacrifice. She fails to see how practices, relations, affectivity, politics and meaning can really inform ethics. A more phenomenological approach that requires the suspension of judgment is more fruitful for understanding the essence of caring.

4. Where does your research connect to the main focus of the ethics of care in the Netherlands.
By critically reconsidering the care-ethical critical insights I want to offer a fundamental contribution to care-ethical theory. I hope my conceptual study becomes a foundation for qualitative-empirical research into the practices of care.

This site uses Akismet to reduce spam. Learn how your comment data is processed.